The Lowdown on Transcreation and our Favourites from Last Year

Translation is a given for companies looking to launch on the international market or simply seeking to maintain or boost their consumer base. However, it’s translation’s lesser-known cousin, transcreation, that can not only put your brand on the map but make sure it’s the most desirable location on that map!

So, who is this mysterious cousin and why would we happily sing its praises all day?

We’ll sketch a more complete picture for you further down, but suffice to say, transcreation is the creative flourish that morphs run-of-the-mill translation into something that hooks your readers at a visceral level – drawing them into your story and encouraging them to invest.

At the start of 2021, we shared our favourites for 2020’s best global PR campaigns. So, this time, we’d like to provide a selection of transcreation examples that caught our eye last year. They show how transcreation is the alchemy that transforms multilingual copy into marketing gold. From Apple to Haribo and Asterix, we’ll illustrate how a little bit of copy can go a long way.

What else? Since we’re convinced you can find plenty of bloopers to underscore the importance of not neglecting transcreation in your global branding strategy, we provide you with an urban legend that very well could have been a flop, had it gone through.

To round things off, there’s an Entre les lignes transcreation example for good measure, to show you how our words are truly meant to be yours.

Could your translations do with a more creative touch? Let us help. Get in touch today.

Transcreation has been a buzzword in the translation community for over a decade. Unfortunately, it’s a term that doesn’t get much use outside that circle, despite the value it represents.

Transcreation is a hidden gem. To unearth it, we’ll need to define what translation is first.

According to the Cambridge Dictionary, translation is, “the activity or process of changing the words of one language into the words in another language that have the same meaning”. That doesn’t necessarily mean verbatim, and it may involve some creativity, but essentially translation takes a phrase or sentence in one language and converts it into its equivalent meaning in another.

How is that different from transcreation? Well, a lot can be lost in translation, especially when trying to convey an emotion or an idea. That’s where transcreation comes in.

Translation is only the first stepping stone in transcreation. It then adds a layer of creativity, attuning to the emotions and intention behind the message so that a branding campaign, slogan, or sales newsletter captures the reader’s attention with the same oomph and finesse as the original.

Transcreation seeks to actively engage an audience and get them to do or feel something.

All marketing endeavours require an in-depth knowledge of the audience, but where transcreation is concerned – culture reigns supreme. In addition to linguistic fluency, you need to know how your future customers converse, what tugs at their heartstrings, and how to nudge them just enough to invest in your idea.

In short, transcreation either requires a translator to have unique, insider knowledge, or wicked research skills. Often, it requires both, but the glue that binds those skills together is culture.

Differences in culture are reflected in language. One word or turn of phrase doesn’t always have a direct equivalent in another language.

The word ‘rainbow’ is a great case study. As a symbol, it evokes different feelings and ideas in different cultures. Leprechauns and pots of gold at the end of the rainbow are Irish legend, where the rainbow is a symbol of luck, hope, and a reward for perseverance. 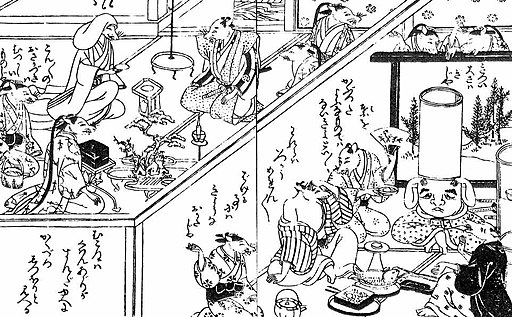 In Japan, rainbows that appear in a stormy sky herald a fox’s wedding (kitsune no yomeiri – 狐の嫁入り), an event of supernatural significance, symbolising future prosperity. However, in the Abrahamic traditions, rainbows are a symbol of peace, a promise from God never to destroy the world by flood again.

For LGBTQIA+ folk, the rainbow flag is a symbol of wholeness, acceptance, and joy in diversity – pride. 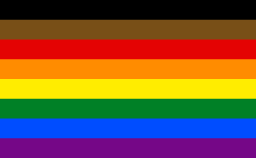 However, in many Amazonian cultures, by contrast, the rainbow is a harbinger of doom and ill-fortune.

Transcreation takes a concept like ‘rainbow’ and uses it to elicit a specific response from an audience. Based on the examples above, it could be used to convince consumers that a product is lucky, that it will instil confidence in who they are, or even serve as a warning. It is a tool of persuasion, allowing a translation to capitalise on culture, emotion, and identity and galvanise to action.

Without creativity, however, culture remains an untapped resource. Creativity is what weaves culture into a translation with the perfect dose of humour, passion, or any other emotion your message needs to convey.

Lastly, transcreation requires passion on the part of the translator to genuinely understand the essence of the message, stay on brand, and communicate to the reader. A winning example of transcreation often calls for multiple iterations and tremendous dedication. Passion is what pushes that through.

Ready for a few examples of transcreation?

The Good, the Gamble, and the Homegrown

A good example of transcreation is a thing of joy, and we want to share more of that at Entre les lignes. Last year, we were struck by a handful of transcreation examples, that ticked all the right boxes.

At the top of our list are Apple’s 2014 and 2015 campaigns: the English-language ‘The Song’ and its transcreated Chinese equivalent ‘The Old Record’.

Why did these two stand out? Because Apple masterfully transcreated their message - i.e. Apple’s tech bridges the gap between generations and makes families stronger – to resonate perfectly with English and Chinese-speaking audiences.

What makes them such a success in our books?

Culture – Apple outdid itself here, from the time it chose to debut the commercial:

To the way it uses music as a cultural touchstone to unite the generations:

And lastly, to how it discretely and naturally highlights Apple as a brand:

Everything is there – culture, creativity, and passion.

Another excellent example of transcreation, albeit not marketing-focused, is the famous French comic book series, Astérix. Translating the character names into other language was a tricky task given that the original French names were all puns.

Take the burly sidekick of Asterix, Obelix, for example. In French, his name is Obélix, reminiscent of Ancient Egypt’s massive obelisks. That translates fairly easily into other Romance languages or even English, but in Turkish he was redubbed Oburiks because obur in Turkish means gluttonous.

Obelix’s pet, Dogmatix, the dog with a rather dogmatic nature, is a transcreation from the French, Idéfix, or idée fixe, pointing to the furry fellow’s rather obstinate nature.

This is a wonderful transcreation example because the tongue-in-cheek humour characteristic of this bande dessinée (the French term for the Belgo-French tradition of comic books) carries through perfectly once it’s left the French.

Astérix is famous the world round for humorous spin on history, and transcreation made that possible.

Last, but not least, we want to treat you with something sweet, and what better than the classic Haribo slogan? Haribo sweets are to Germans what Cadbury’s is to the British, Hershey’s to the Americans, and Glico to the Japanese.

To keep the playful, upbeat feel, it was transcreated into ‘Kids and grown-ups love it so, the happy world of Haribo’. It works marvellously put to music.

But that’s not all! With words like ‘grown-ups’ (strictly used among children) and ‘happy world’ Haribo as a brand translates deliciously into a world of childlike wonder.

The internet is littered with bad translations, some of which are sure to make you cringe and others that will leave you laughing for hours. Finding a bad example of transcreation is a little harder.

We decided to choose one a little off the beaten path and go for an example that can’t be pigeonholed as good or bad because it’s actually an urban legend.

Swedish white goods manufacturer, Electrolux, came out with a crafty slogan in the UK in the 1970s for its new hoover.

Legend has it that the company then tried to market it in the U.S., where it failed miserably. In the U.K., it was a hit. It rhymed and marketed the device's main selling point. It was a hoover, after all.

Today, this transcreation example looks like a clear gamble because saying that something ‘sucks’ in English is clearly a double entendre. Does it suck up the dirt or is it not worth your money because it works so badly? Is it trying to make a tawdry insinuation?

There was no double entendre in the U.K. at the time, but as Gabriella Ferenczi points out, there certainly was in the U.S. The British came up with the visual above as a joke, but somehow it has endured as a real example of a classic blunder by American marketers for decades.

Despite the fakery involved in the above, we were struck by the parallel with our recent article on the differences between Belgian and Dutch culture. The Electrolux hoover never made it onto the U.S. market, but given the prevailing conservative culture at the time– prudish in the extreme – we’re pretty sure that slogan would’ve been a major flop.

If there’s potential for a mistake like that in the same language, just imagine the pitfalls of translating your baseline into another language. Transcreation is essential.

Entre les lignes has a solid grasp on how important transcreation is for positioning your brand. When you have a legal deed to be drawn up, you need translation, but when you want your brand to turn heads and convert – nothing less than creation will do.

It’s something we put our heart and soul into as one of the best translation agencies in Belgium. One client we did this for was Cowboy and their website. ‘Earn your street tread.’ was impossible to translate literally and still make sense in the French and Dutch.

Instead, the Dutch version focuses on how the e-bike is the perfect platform for showing off your sense of style (Je mag gezien worden op straat.). While the French one emphasises how the Cowboy bike empowers and is reminiscent of Frank Sinatra’s ‘I did it my way’ with ‘Tracez votre propre route’ (Chart your own course).

Transcreation is a must for successful international branding campaigns. Why?

Give your brand the attention it needs in every language so that it leaves an indelible (positive!) impression every time.

Could your translations do with a more creative touch? Let us help. Get in touch today.