Brussels has a vibrant artistic past and a bustling art community today, but when it comes to the contemporary scene, it’s lacked major representation since 2011, when the doors to the Museum of Modern Art slammed shut – permanently. Connoisseurs and contemporary art lovers have been forced to sate their cravings by either catching a train to Antwerp and the M HKA, 45 minutes away, or making do with the slim, albeit exquisite, pickings of BE MODERN.

All that is about to change though, as KANAL – Centre Pompidou – a satellite of its iconic namesake in Paris – has been given the green light to transform the magnificent Citroën building on the Place de l’Yser into a dynamic contemporary art centre and cultural hub. With the grand opening aiming for late 2022, KANAL is treating the Brussels crowd early, with a preview of the collections to come and an intimate invitation to experience the former garage’s conversion in real-time.

The best news? KANAL – Centre Pompidou’s official opening coincides almost perfectly with Centre Pompidou’s planned four-year shut down for renovations, set to start in 2023. That means KANAL can look forward to an even bigger influx of art on loan and, naturally, a boost in visitor numbers. 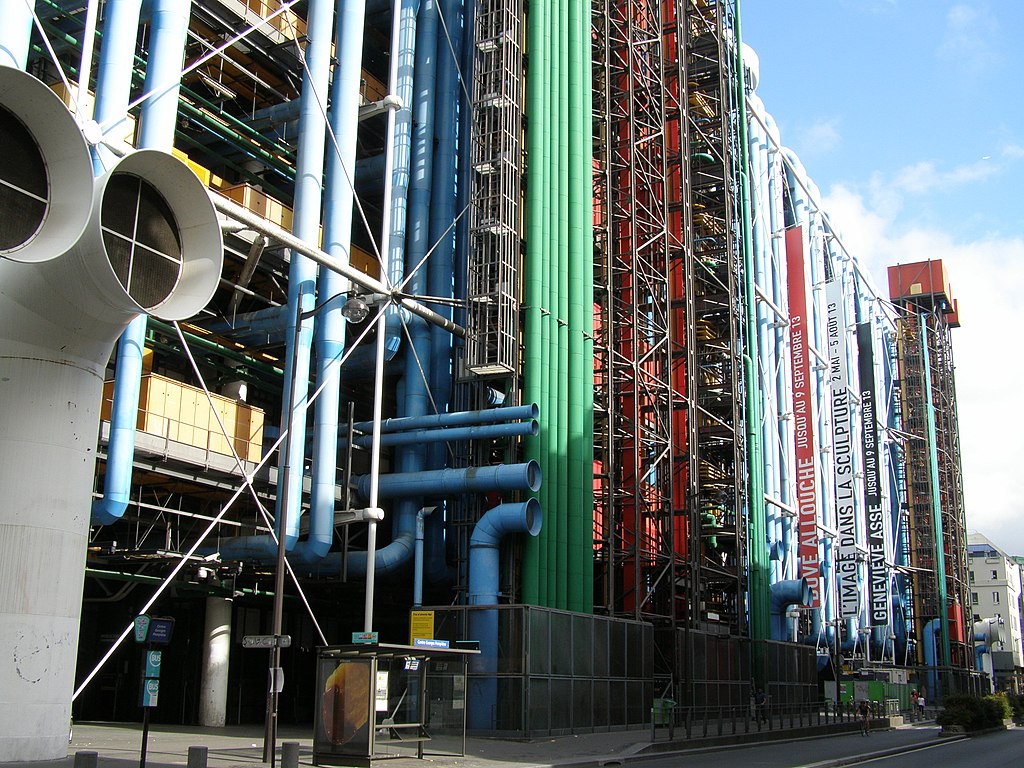 Entre Les Lignes has a keen interest in the arts in general, and the Brussels art scene, in particular. Having partnered with KANAL for several years, we’ve enthusiastically kept track of their development by translating and transcreating exhibition-related web content. KANAL – Centre Pompidou promises to become a new cultural icon on the world scene and is already piquing international interest.

KANAL – Centre Pompidou, the rebirth of contemporary art in Brussels

KANAL – Centre Pompidou is an ambitious cultural project that began with the purchase of the Citroën-Yser Garage in 2015. In 2018, three architectural firms were awarded the contract by the Kanal Foundation to commence the mammoth undertaking of converting the garage into a hybrid space that blurs the boundaries between the art world and civil society.

Phoenix from the Ashes

Brussels, heart of Europe and capital of the EU government, has gone without a contemporary art mecca for far too long. What began as a plan to renovate for a year, from 2011 to 2012, led to the indefinite closure of Brussels’ Musée Modern Museum – the victim of a political and financial stalemate. As the stomping grounds of greats such as René Magritte, Paul Delvaux, James Ensor, and Luc Tuymans – Brussels merits a monument equivalent to London’s Tate, Bilbao’s Guggenheim, or the Centre Pompidou of Paris. 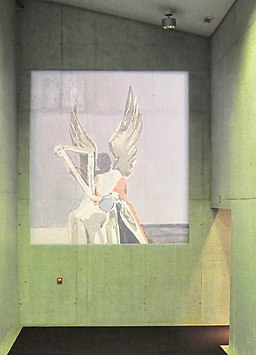 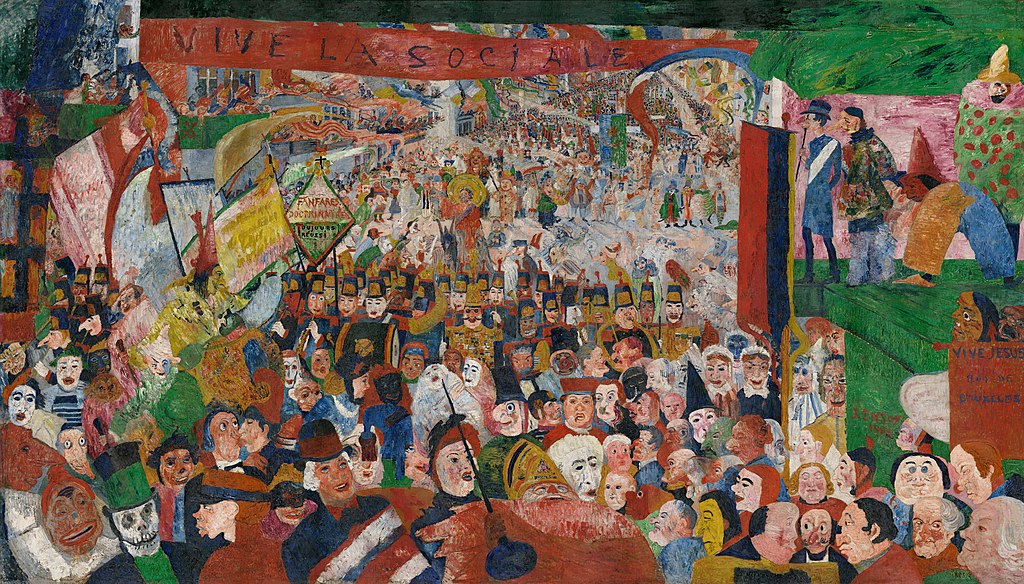 The KANAL Foundation has labelled their new centre ‘A Stage for Brussels’, which will not only rehabilitate the city’s reputation as a contemporary art capital but will also highlight its rich architectural heritage and function as a platform for dialogue between civil society and the art world.

Tribute to Humanity’s Potential on the Canal

The former Citroën factory, overlooking the Brussels–Scheldt Maritime Canal, is the 1930s creation of French architect Maurice-Jacques Ravazé and Belgian architects Alexis Dumont and Marcel Van Goethem. A paragon of Modernist architecture with great curved walls of glass and steel, the building is a tribute to humanity’s potential for progress and the perfect symbol of Brussels’ love affair with future-forward architecture and French.

In a previous article, we mentioned how Belgium is home to myriad architectural Art Nouveau and Art Deco gems. The Citroën building conjures up images of Agatha Christie’s clever and fastidious Hercule Poirot, inexorably accused of being French, but Bruxellois to his core. And despite arriving on the scene years later, it feels like a subtle hat tip to the great Franco-Belgian bandes dessinées tradition and the futuristic style of Moebius.

The glittering cascade of windows, strong, sleek-lined steel bars, and concrete lend KANAL – Centre Pompidou a feeling of lightness while suggesting infinite possibility. In this respect, it reflects the inside-out philosophy of the Centre Pompidou in Paris, where the architecture is both art and invitation to dialogue with the public.

It makes sense for KANAL – Centre Pompidou to share an ethos with its long-time partner and predecessor. Like the Centre Pompidou in Paris, which set out to be a multicultural complex, incorporating a library, museum, and music and sound study centre (IRCAM), KANAL aims to become an international cultural hub.

CES, EM2N, and Sergison Bates architects have been tasked with transforming the former garage into a living dialogue between art, architecture, and society. This ambitious plan includes eateries, spaces, and stages for performance art, education, and cultural events, integrated into an impressive contemporary art museum.

In the context of a 10-year partnership with its Parisian namesake, KANAL – Centre Pompidou will also have privileged access to their impressive 120,000 item collection. This allows Brussels to uniquely host works not previously accessible in Belgium. So, while some may lament the closure of the 4th arrondissement’s monument to decentralised, accessible art and culture, they can rejoice knowing that its soul will live on in Brussels. 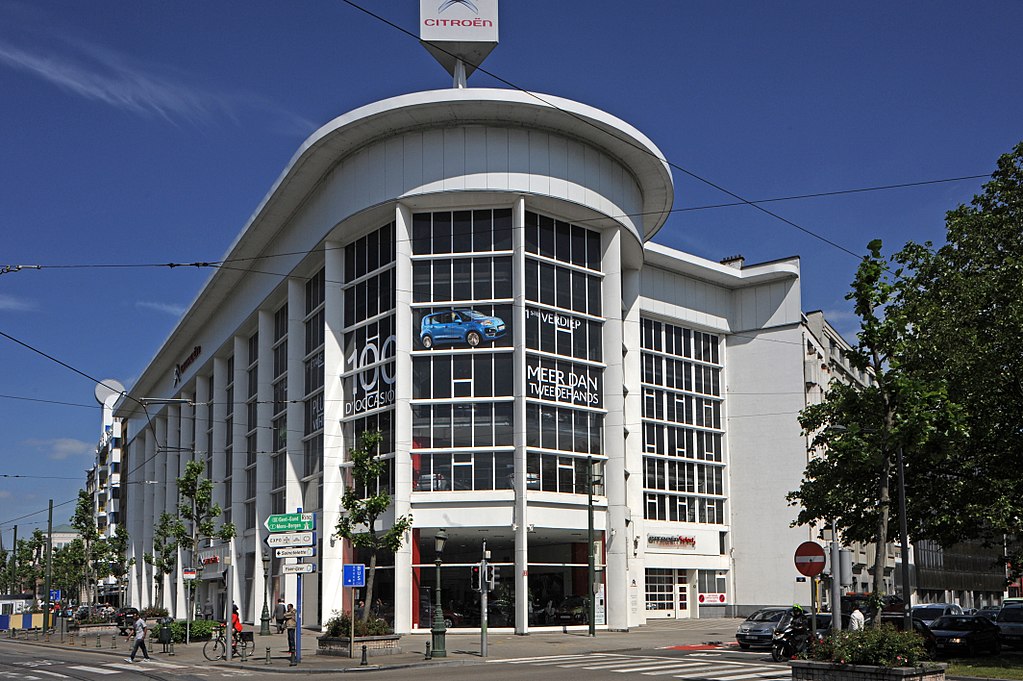 KANAL - with its billing as ‘A Stage for Brussels’ - will function as a platform, not only for famous international artists, but for the general public as well as local artists, musicians, dancers, and educators.

For centuries, art was the privileged purview of the wealthy and well-connected. This project seeks to shatter that tradition and revolutionise the role of art in urban environments. Once finished, it will be the ultimate centre for exchange; a place for people to interact with the topical and controversial themes addressed by the pieces, to experience the performing arts, and foster new talent.

In the words of the KANAL Foundation, the museum is collaborative, “with an identity constructed by those who create, play, perform, and live (the experience), empowering them to debut novel forms of artistic expression”.

It must be a “museum for all”.

In the raw and in dialogue

KANAL – Centre Pompidou’s grand opening may be scheduled for late 2022, but it’s not wasting any time engaging with the city of Brussels and the international art scene. Several areas of the building are already open to the public, allowing people to experience the radical conversion from cavernous, raw spaces to the future ‘box in a box’ shared space. Instead of presenting the public with a ready-made space, the KANAL Foundation and architecture team have opted to open up the process, blurring the boundaries between civil society and private enterprise.

Many of the exhibitions represent a relationship between artist and architecture that expands to include visitors when they step into the Citroën building.

For example, Suchan Kinoshita’s 2019 work, Proposal from the Other Side of the Road, is a 2m x 2m, heated concrete square outside of one of the glass doors to the old garage. Only the faintest traces, copper tubes and blue stones defining the outline signal the artist’s intervention. However, the entire concept of this heated floor space is a subtle invitation to the public, blurring the definition of a traditional museum and embracing the concept of KANAL-Centre Pompidou as a lived-in space, a place of warmth, discovery, and community.

Simona Denicolai and Ivo Provoost also playfully test the boundaries of the public space with their 2018 free-access exhibition, AIRFRANCE.BE, with hat tips to the building’s former role, including a sculpture trapped in place by an empty can emblazoned with the Citroën logo. Redacted archival papers are displayed on old magazine racks, inviting visitors to re-evaluate the space’s past, as well as the ‘rewriting’ of its future.

The aforementioned artists are Brussels-based, an intentional move by the KANAL Foundation to involve the local population and illustrate the local-international paradox inherent to the soul of the city. Names like Younes Baba-Ali, Sadie Choua, Raffaella Crispino, Ariane Loze, Vincent Meessen, Lazara Rosell Albear, and Emmanuel Van Der Auwera may cause outsiders to do a double-take, but for locals, these names encapsulate the multicultural roots of the EU capital and the Brussels art community.

The KANAL Foundation’s decision to introduce the as-yet incomplete ‘museum’ through the works of local-yet-international artists reaffirms its underlying purpose as a cultural hub and does a brilliant job illustrating the renewed drive to build bridges between the many facets of the city’s identity.

On the international end of things, the museum has invited Swiss artist John M Armleder to curate a programme of installations in collaboration with a host of other hand-picked artists for seven months, appropriately dubbed It Never Ends. True to his signature style, and reminiscent of the process over finished product philosophy of his Fluxus days, It Never Ends, evolves over time, is interactive, and in the words of the KANAL Foundation:

‘reaffirms the ethical and aesthetic dimension of an open work of art by an artist who has never ceased to think of art in terms of collaboration, friendship, and hospitality.’

A stage on the airwaves

Finally, KANAL – Centre Pompidou’s radio room, Studio K, deserves mention. The centre’s interaction with the public was severely limited in 2020 due to the pandemic induced closure. They adopted an ingenious strategy as a result, transforming despair into an opportunity to address the intersection of art and society, emphasising how much they need each other. It is a signature declaration of dependence.

At the same time, Studio K embodies the centre’s educational focus. Conversations with artists feature in the programming, but so do school children, describing their experiences at the museum, supervised by the TADA association, and within wider society. The studio called on the public to submit their ideas, poems, and dreams about the museum and the virus in Dream, droom, rêve. 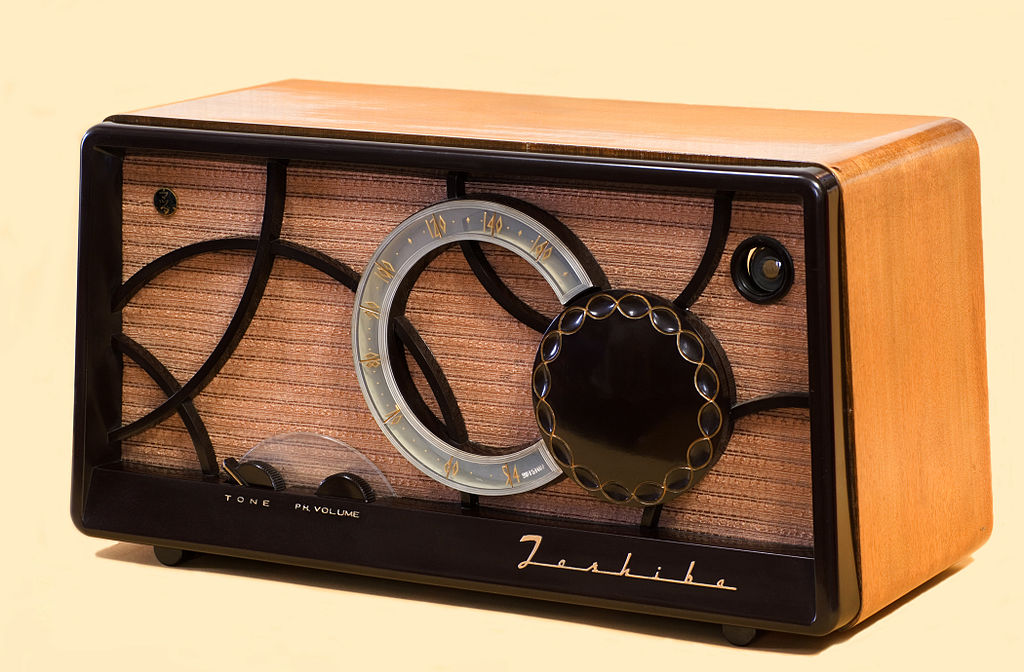 One door closes, another one opens

KANAL – Centre Pompidou is set to showcase Brussels as a culture hub, propelling the city forward as an unmatched international crossroads for contemporary art, inclusivity, and beauty. There’s no doubt that once the Citroën building’s conversion is complete, it will be a true stage for Brussels, where the voices of artists, musicians, and every facet of civil society coalesce – as a living masterpiece.

Being involved in the linguistic design of the Foundation’s communications has Entre Les Lignes on cloud nine. KANAL – Centre Pompidou embodies our dedication to art, inclusivity, and – as a Brussels-based translation and transcreation agency – the international community of Brussels.

For those mourning the temporary closure of Centre Pompidou, KANAL will be waiting.