The 10 Most Impactful and Inspirational Global Campaigns in 2021

Advertising campaigns don’t always impart meaning to the viewers beyond the base intention to make products and services seem cool and appealing to potential consumers. Yet brands that are able to create ads that leave a lasting impact, often by eliciting an emotional response, are able to build a stronger, longer-lasting relationship with the audience.

Whether through print, digital, or TV, the campaign that can bring a smile to someone’s face or a tear to their eye will leave the viewer with a stronger feeling towards your brand than the campaigns that don’t.

The campaigns below reflect that. We take inspiration from a range of places and love seeing innovative and resonant campaigns from around the world, which is why we share our favourite global PR campaigns annually. Below are our picks from 2021 so far.

We love getting creative at ELL, we help brands craft their messaging across languages and cultures. Want to learn how we can help you with translation and transcreation? Get in touch today.

El Tiempo - No black, no history, no news

El Tiempo is a Colombia-based newspaper that created this staggering print campaign for the Elimination of Racial Discrimination. 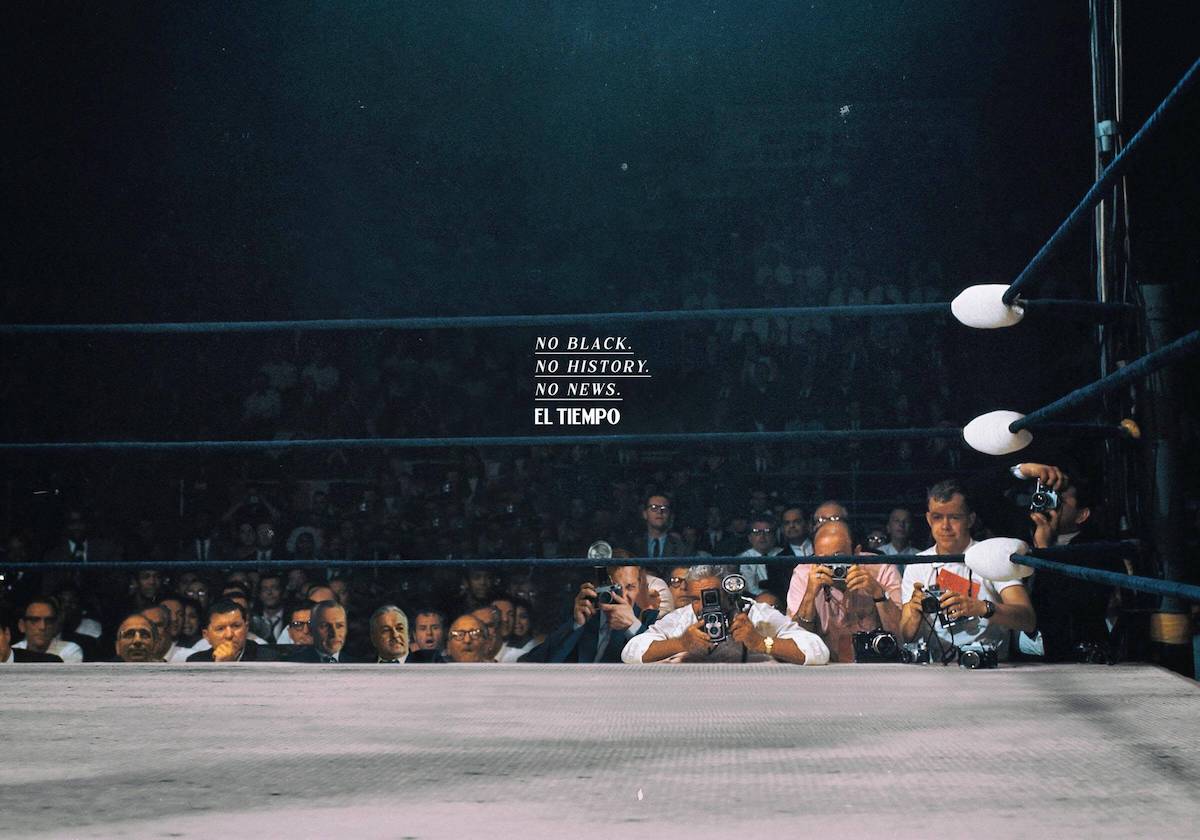 Source: El Tiempo Print Ad for the Elimination of Racial Discrimination / Ads of the World

In a series of photos, we’re left with an empty scene missing its famous subject (a stage, a basketball court, a boxing ring) with the copy ‘no black, no history, no news’. Upon reading these words, your mind fills the empty scenarios with iconic black figures (Jimi Hendrix, Michael Jordan, Muhammad Ali) and the weight of their impact hammers down on the viewer in an instant.

The feeling the campaign evokes is one of awe, inspiration, and admiration, and it swiftly reminds the viewer of the hole that would be left in society without black people’s influence.

Coming from Activista Los Angeles, their campaign called Mars Sucks, calls for our efforts to shift away from Mars and into making Earth a bountiful place to live. 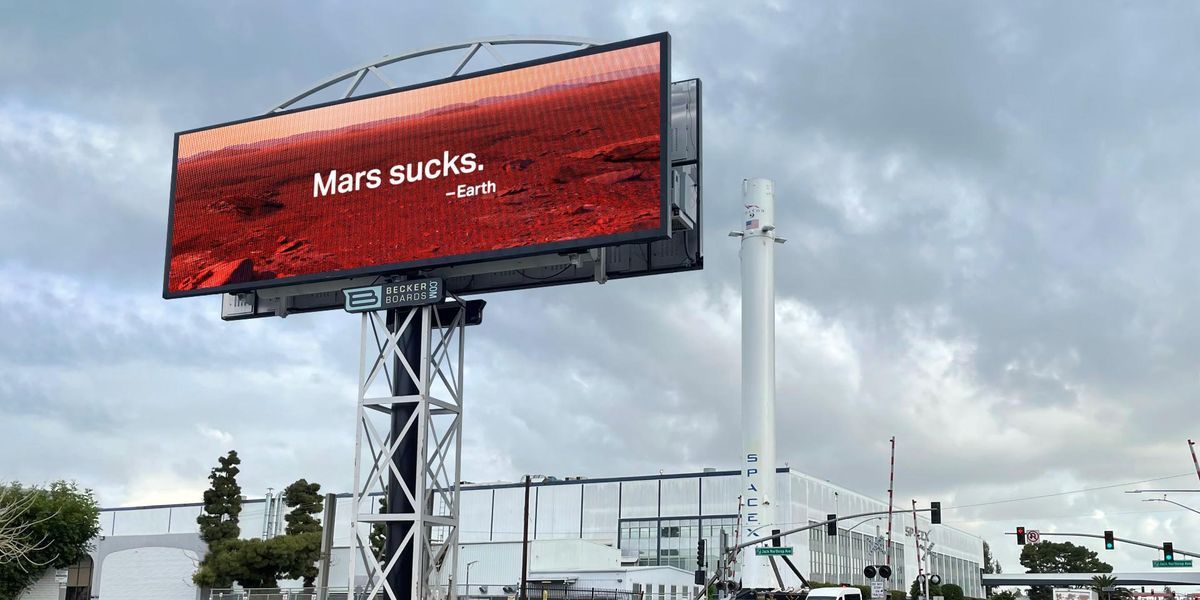 This campaign has minimal copy, with their billboards stating ‘Mars Sucks – Earth’. In three words, Mars Sucks has managed to convey a crucial message about the state of the environment. By personifying the Earth, they remind the viewer that their actions matter. Recycling matters. Eco-friendly initiatives matter. For if they didn’t, then our world wouldn’t be in the state that it is in.

That’s how this campaign evokes a powerful feeling of guilt and care from the viewer. By reminding them that Earth is important, the viewer walks away considering how they can help; which is precisely the point.

These videos are impactful because they cut through the noise to present vitally important information for common first aid scenarios in a way that’s direct and easy to understand. Here there’s no emotional message, per se, but rather short bites of important information which appeal to the viewer very directly and without the fluff. This helps to make them easy to remember or to relate to as a point of reference should the need arise in an emergency. 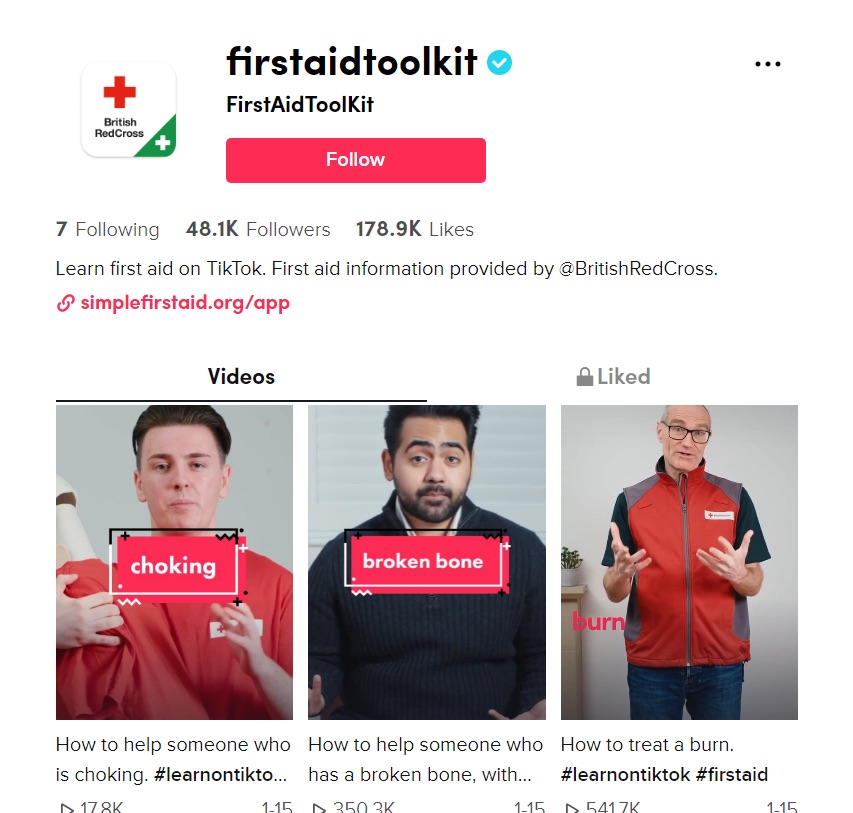 They establish the British Red Cross as both a trusted resource as well as a forward-thinking organisation, helping them to spread important information to a young audience that possibly wouldn’t engage with them via traditional media.

This digital telecommunications company created a heart-warming and inspiring two-minute video that was distributed around Qatar, the Middle East, Africa, and Asia.

It personifies the internet and shows it as a baby, as it grows up through political disruption, fake news, and terse atmospheres. The viewer can connect with the “child” as it grows up, and in a way, we can recognise ourselves in the turmoil that this imagined “human internet” goes through. We’re overcome with the feeling to help, this feeling continues long after the end of the video.

We can all resonate with this campaign, and that’s why it works. When the internet and their family come together in the end to celebrate Ramadan, it reiterates beyond everything, love prevails.

For International Women’s Day, Australia’s UN for Women debuted this digital campaign that tackled the inequalities against women.

It features one woman carrying out a stereotypically masculine job as she relayed statistics and the inequalities that women face in society. Each fact grows progressively worse, and after each, she follows it up with the ironic Australian saying ‘she’ll be right’.

This campaign was the perfect example of taking something familiar to a culture and twisting it to give it a double meaning. Through flashing images, you see a glimpse of the insidious everyday occurrences that women live through.

This campaign isn’t meant to inspire. But instead, teach men that gender inequality is partly due to a system that puts them into a position of power, this campaign shines a light on those who are not acknowledging their place in society and the ways this limits the lives of women.

By the campaign asking the poignant question, ‘when will she be right?’, it directly interacts with the viewer and puts them into the centre of the conversation on gender inequality; a conversation we should all be talking about.

World WildLife: Love It or Lose It

To celebrate Valentine’s Day, WWF created this digital campaign to a cover of ‘Love Me Tender’.

The song is played behind footage of wild animals, nature, and people smiling. The campaign purposely leads the viewer into a false sense of security, with the beginning of the video evoking positivity and happiness.

However, the stunning shots are given an insidious tone once the words ‘Love It or Lose It’ are displayed on the screen, the crooning song turns into a hollow whistle and the stark reminder of the state of the environment settles in.

The campaign delivers its poignant and timely message - that we must act now to help the environment or animals will go extinct - and the viewer feels the weight of it.

It Takes 2 is a video campaign from Pampers India. It depicts the journey of childbirth, and what comes with raising a child afterwards. It’s an emotional story about love, family, and it’s one that we can all connect with.

This campaign puts the focus on the father, and with its resounding message ‘It Takes 2’, it reiterates the need for both parents to be involved throughout. It challenges an out-of-date stereotype eloquently, leaving the viewer with a feeling of hopefulness, inspiration, and warmth.

VEET: Your body hair, your choice

Veet’s bold campaign tapped into the discussion of body hair and the ways in which it’s seen as an expectation for women to remove it.

It cleverly pivoted Veet away from being seen as a form of oppression on women, and instead, positioned Veet as the brand of choice.

Body hair is a personal topic for many people, and this campaign shows Veet understanding that. As such, the campaign leaves the viewer feeling powerful and inspired; it doesn’t matter if you shave your body hair or not, what matters is that the choice is yours.

Veet is the company who says ‘do what you want’, and for people around the globe, that’s a powerful feeling.

Sometimes humour is just as powerful a feeling as happiness or sadness, and Maltesers and Comic Relief prove that in this TV campaign.

The TV spots open to mothers on-screen, but as the scene changes, so does the viewer’s perception and emotion. It goes from being about the bittersweet moments of motherhood to the painful reality.

What makes this campaign successful is that it looks at the mum as more than just a mum, she’s her own woman and her struggles are shared by others. It’s not uncommon for women to feel as though they have no identity when they become a mother, so to discuss mums’ mental health honestly and with humour gives mums their agency back.

With or without your child, mums are still the women they were, and this campaign is successful in amplifying that.

Global Citizen launched this campaign to show the damage of COVID to classrooms.

It starts with a clean classroom and then cuts to it being destroyed, this happens continuously until a black screen pops up and urges people to take action.

The power of this campaign comes from the fact that it could happen - and this shocking truth hits the viewers. Education is a fundamental right, to have a campaign show it visibly being stripped from us is jarring and a frightening possibility. But by presenting the viewer with a problem, and also a solution, Global Citizen gives the viewer a negative feeling, but then an action that helps alleviate that feeling.

It’s a clever way to position the company and gives it a greater chance of standing out in the minds of its audience.

The importance of emotion

All of these campaigns attempt to resonate with their audience in a way that’s deeper than most advertising. Whether it’s because it’s telling a story that strikes a chord with the audience, or because it’s highlighting an important societal issue, these campaigns stay with you long after they end. That’s why they made our list.

Any campaign will always be more powerful with emotion, than without. Regardless of the place you live or language you speak, feeling is universal. And that can be translated beyond borders.

If after this, you’re looking to move people with your brand then we’d love to work with you. Let’s translate more than just words, let’s translate meaning. Get in touch today.